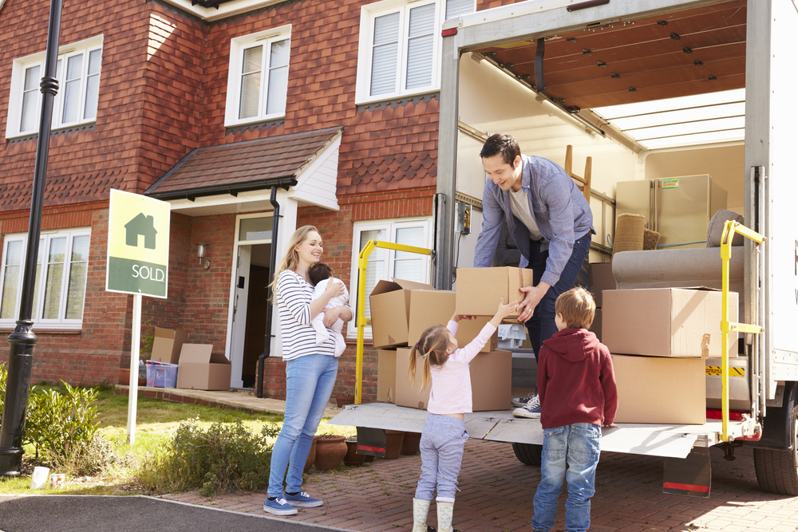 It’s said that moving house is one of the most stressful situations in life, after death or divorce. But, bizarre as it may sound, some people actually enjoy it!

Earlier this year, TV presenter Lowri Turner ‘came out’ as a house-moving addict. She told The Telegraph: ‘A forever home? Not for me. In fact, the very thought of living in one place for more than a couple of years fills me with gloom. I like a fresh start, a project, a chance to take a sow’s ear and turn it into a silk purse. And no, it’s not ruinously expensive if you know how to keep your moving costs down. In fact, keeping moving has kept me financially afloat over the years.’

And she’s not the only one. Globe-trotting granny, Orina Wyness, 83, has moved more than 60 times – that’s somewhere new almost every year of her adult life, including France, Australia, Gibraltar and Tasmania – although she told the Lancashire Telegraph that she’s most at home in Cumbria. ‘I just like moving, I like waking up in a different setting and to keep moving around,’ she explained.

Laura G on Netmums said: ‘To be honest, I get itchy feet and would like to move every two or three years if I could. I just like a change every couple of years and also like the idea of moving up the property ladder quite quickly. We currently live in a two-bed apartment, we’re in the process of buying a three-bed house. I think our next move will be a four-bed house in four to five years’ time.’

Of course, these could be anomalies – but consider the fact that the average Brit moves house a not-inconsiderable eight times in his or her life, according to property website Zoopla. That’s practically nomadic!

Further research shows that those in the South-East and East are the most likely to move frequently – but most of us stay pretty true to our roots, with only one in five settling down more than 200 miles from where they grew up.

So instead of worrying about the expense and the hassle of moving, maybe take a leaf from Lowri, Orina and Laura’s books and look at it as a positive opportunity to de-clutter and start again. Who knows, instead of dreading your next move, you may even come to enjoy it!